The Strangest City Names Around The World 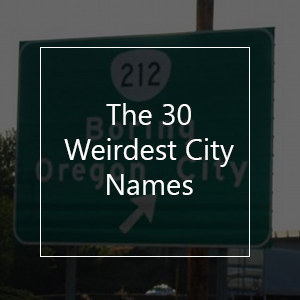 Every city name has an interesting history behind. Some of them are due to the person who discovered that place. Some others have its name because of an emblematic place located there. But, there are other weird city names with no background history to tell. Accident, Chicken, Fertile or Batman are just a small example of the strangest city names around the world. Keep reading and we hope you enjoy and laugh a lot with the following weird, unique and funny city names.

The United States is known for its diversity in landscapes, national parks, food, sports, cinema, music, and some others things. Here is a list of weird places around the whole country that will really surprise you. Take a peek of this and laugh while you learn a little bit. 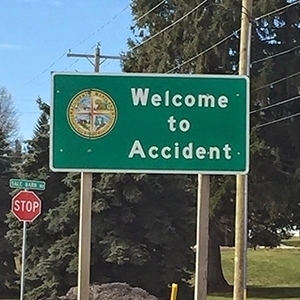 Imagine that you are arriving at this place and your car starts breaking down. So, welcome to Accident. What a coincidence, don’t you think?

Maybe the local sport is pulsed. Say goodbye to sleeves and strengthen your arms.

What an ironic thing, the typical dish in this town is made of whale meat. 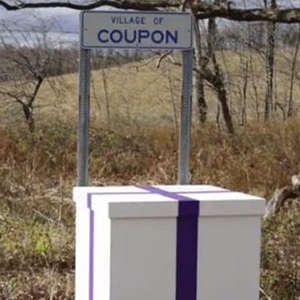 It would be a shame that buying in the supermarkets with coupons was not allowed.

It is probable that the director of the Texas Chainsaw Massacre was inspired in this place.

In this town, cats are not allowed as a pet. 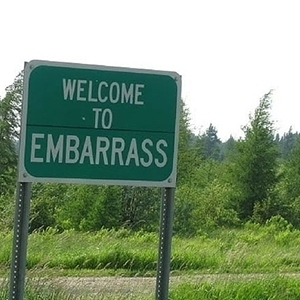 To have an embarrassing moment in this place is completely normal.

In the border of this place says “Scientist only”.

Imagine the consequences of spending your honeymoon in this town. 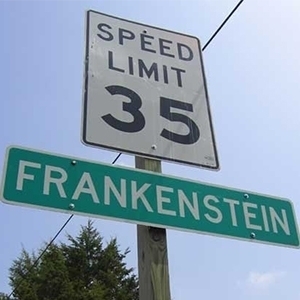 We all know now which the common costume is for Halloween in this place.

Suddenly you are in this place and someone asks about your location. Your quick answer will be “I am in Hazard”. It will be impossible to do not thrill to anyone. 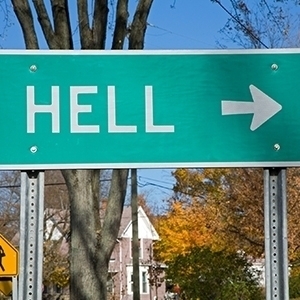 The soundtrack to drive until this town is a courtesy of the rock band AC/DC. In this way, you will be taken a highway to hell.

It does not matter if you are surrounded by people. If you are in this place you will always say “Imalone in Wisconsin”.

People from this town can wear a t-shirt with I Love Intercourse without feeling awkward.

In Spanish, it means The Bathrooms. So, if you are in this place is the only way of being with a company in the bathroom or to invite someone to come.

There are places that are unique or original just because of their single names. These places will always be waiting to be discovered. Now, continue reading and let yourself marvel for the authenticity of the world.

With all the controversy that the subject of the end of the world suggests, we have a place in Alaska with this name. Just for its intriguing name, it makes you want to explore it.

This is the name of the favorite hero of almost every single child around the world. However, it is also the name of a city in Turkey and it is unique just for the fact of sharing the same name as one of the famous characters of the DC Comics saga.

Everybody loves Christmas, and most people think that the magic occurs in the North Pole. Nevertheless, in the Republic of Kiribati, there is an island rich in corals as the ornaments of the tree. A place with this name must be unique.

A place can be unique for its own history and traditions. If a single expression becomes popular, it becomes native from that place. Devil was a common word in Wayne County, Ohio. Another interesting fact to give this name to the town was that residents seek relief from the stench of the tannery were frequently intoxicated and were real devils.

This word or interjection means the satisfaction of discovering something that is sought with determination. This place was built over the hard work, traditions and everything built at that moment remains despite the time. They still have huge costs with one of the main commercial harbor of the state. Also, the city keeps ancient national parks that enrich its own history. So, taking into account all the effort made to build the whole city, they can finally say Eureka!

If we make a tour around the world, without any doubt we will find towns that could lead the list of the weirdest town names. Continue reading and discover how unusual can be the name of a place.

What is it about? Maybe this name is because when you come back from this place you do not feel well anymore. Or it could be that people from that town used to be well and now are just OK.

Not only the name of this town is weird. The weirdest thing here is that in this town is legal to fire employees based on sexual orientation. How can it be possible if you are in place that is called like that?

If you thought that only the domain of a website could end in .com, you are wrong. A company made a temptress offer of $100.000, computers for public schools and other financial considerations if they changed the name of the town to Half(dot)com for a year. It was temporally, that’s true. But during that time it was weird because towns and cities usually do not do that.

Antarctica is considered as the coldest, driest and windiest place in the world. How are we going to pretend that people from that place want to express any mood or feelings?

This city is located in the south of this country. They have an important production of petroleum and do not be surprised if the jam is made of fuel oil, too.

The name of this city literally means “to poop” in Spanish. Maybe it is not funny for Germans, but for Latin or Spanish people it is hilarious. This small place is part of Rheinsberg, which is just 100 km from Berlin.

It is located 20 minutes from Kagar and here comes the funny part. This unique city name means “suddenly” in Spanish. But, it does not make sense if you do not connect one city with the other or you do not speak Spanish. Since these cities are close to each other, you can go from Repente to Kagar. In Spanish, this would be “ir de Repente a Kagar” (go suddenly to poop).

People always tend to be one step ahead of modern and innovative things. But living or visiting a place that has a cool name is another stair in the scale of what is trending. Get to know some cities with really cool names. 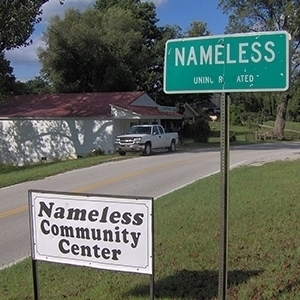 The cool thing in this town comes from its origin. There is not an agreement about why this name. The first version is that when the residents decided to apply for a post office, the place of the name was in blank. So, the U.S. Post Office Department returned it Nameless. Another opinion is from a book known as A Journey to America. There is a variant in this text that affirms that the residents themselves decided that this place should be Nameless because one of them said; Leave it be.

For those that like fantasy, the real location of the famous wardrobe is Italy. Maybe you will not find a witch or a lion, but there is a cool stone with a sign in several languages. Also, there is the biggest bridge ever built (30 meters high)

Definitely, the coolest snack for movie time must have a town with its name. In fact, it is known for its corn and their own brand of kettle corn popcorn. 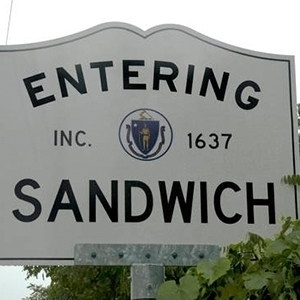 This place is the most ancient city of Cod Cape, as well as the sandwich, could be the most ancient’s appetizer in the world. Their motto is: after so many shipwrecks, a haven. Among others or not option to eat, we will always find a heaven in the sandwich.   These were just 30 strange city names around the world, but there are many more to enjoy and have a fun time while you read about these places. Have you gone to any of these cities with weird names? Do you know a different one? Let us know if you have a cool or funny city name so we can add them to our list. If you decide to travel to any of those places, then check out our Travel SIM Card Packages. We offer up t0 20GB 4G/LTE in 70+ countries with up to 3,000MIN Calls & SMS. Click here to see all SIM Card packages from SimOptions.

The Best International SIM Cards in 2022

Plan the perfect trip to the USA | USA Holiday Guide 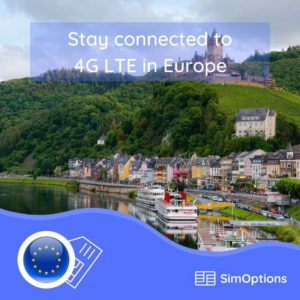